ORIGIN AND COMPOSITION OF THE CHALCEDONY STONE

Belonging to the group of microcrystalline quartz, it is part of the large family of chalcedony stones that forms: agate (striated), onyx (black with white stripes), jasper (red), chrysoprase (green), carnelian (red) and sard (brown).

This translucent mineral with a vitreous luster comes in many different appearances, offering both polished plates, small thin layers of microcrystals and small pebbles rolled into a barrel shape or in rough fragments.

The chalcedony stone has a post volcanic formation, ie it occurs in hot springs, weathering crusts and sedimentary zones. It is found in abundance in rocks of volcanic origin and in areas of ore oxidation.

Very popular in jewelry for its soft shade, the stone has a pastel hue ranging from gray-blue to milky gray, passing through pale mauve; a wide variety of colors that can be combined with silver, gold or even aged metals for a vintage effect. Thus, it is found on chalcedony bracelets, necklaces, rings, earrings and on pendants.

At mineral joaillerie, you can find blue chalcedony on the Chalcedony pebble medal.

HISTORY: BETWEEN LEGENDS AND TRADITIONS

Discovered for the first time in Asia Minor in 400 BC, the chalcedony stone would take its name from the city of Kalkêdôn (Chalcedon), in reference to the great trading port from which transited the chalcedony during antiquity.

Mentioned in the Bible, the chalcedony stone is one of the 12 symbolic stones encrusted in Aaron's armor, like other varieties of chalcedony such as chrysoprase or sardony.

In Babylon and Assyria, this natural stone was used in the design of primary tools, such as cylinder seals cut in chalcedony which served as document covers.

The chalcedony stone punctuated the daily life of the Romans, who wore it for their beliefs: the favored eloquence and the contribution of speech. They also used it to make many objects, ornaments and to make offerings. On the side of the Egyptians, small figurines of the sacred scarab were carved in chalcedony.

Stone of Gaia, the Earth, in Greece, stone of Clota, the goddess of waterways among the Celts or even stone of Whope, goddess of peace among the Lakota Indians, the chalcedony stone has always contributed to nourishing the cult in many peoples.

VIRTUES AND SYMBOLIC: SOURCE OF SERENITY

From the Middle Ages, it was recommended to people with angry tendencies for its calming properties acting on susceptibility and nervousness. Anger, already considered a source of trouble, was thus removed thanks to the chalcedony stone.

Nowadays, it is still widely used in lithotherapy, where it is recommended to people with excesses of aggressiveness and irritability for its calming actions which would make it possible to avoid certain excessive behaviors or would reinforce diplomacy. Communication, dialogue and self-expression would also be favored in contact with her, which is why she is recommended for shy people in lithotherapy.

This stone, perceived as very positive and peaceful, would bring calm and softness to the person who wears it, and would alleviate their sadness and sorrows.

On a physical level, lithotherapists give it many properties to relieve pain in the larynx and tension in the throat, to reduce the signs of hoarseness and to reduce stuttering. This stone could also be recommended to a woman who has recently given birth because it would stimulate lactation.

RECOGNIZING AND CHOOSING A CHALCEDONY STONE

In order not to confuse chalcedony with other fine stones of the quartz family, it is important to identify all its specificities.

The color of the stone lends itself easily to association with different metals, like gold, as for example on our Bestouan Chalcedony bracelet.

In jewelry it is generally cut in the shape of a cabochon, that is to say a polished dome in many forms; oval, round, etc… or even cut in pearl for the realization of rings, bracelets or necklaces. The quality of polishing is an element to take into account when choosing your jewelry.

The selling price of chalcedony varies according to its size and color. The more translucent the stone, the higher its value. A sale price that is too low for a natural stone jewel may be an indicator of the material used. 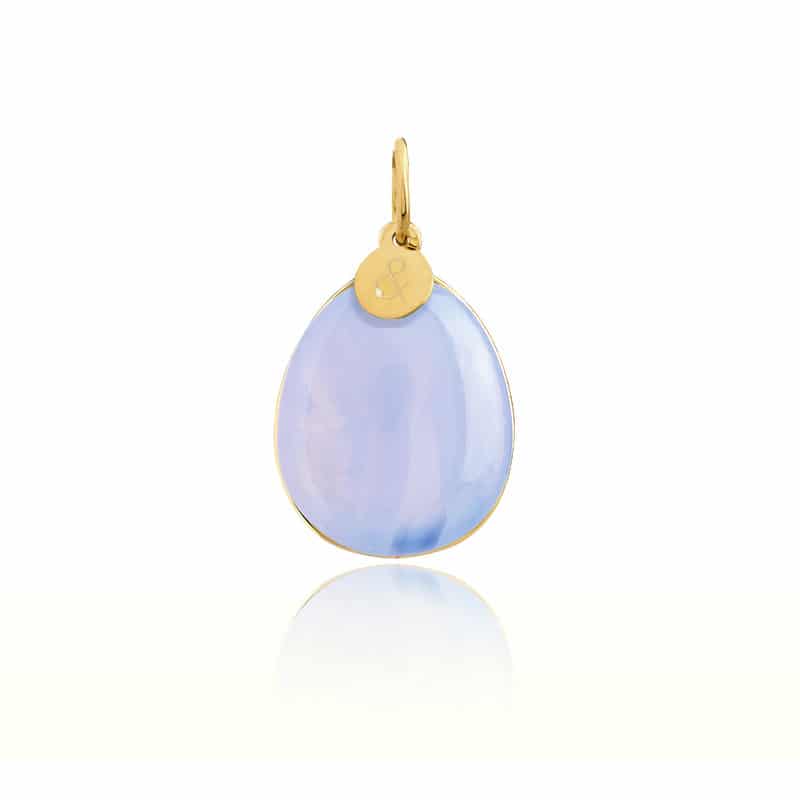 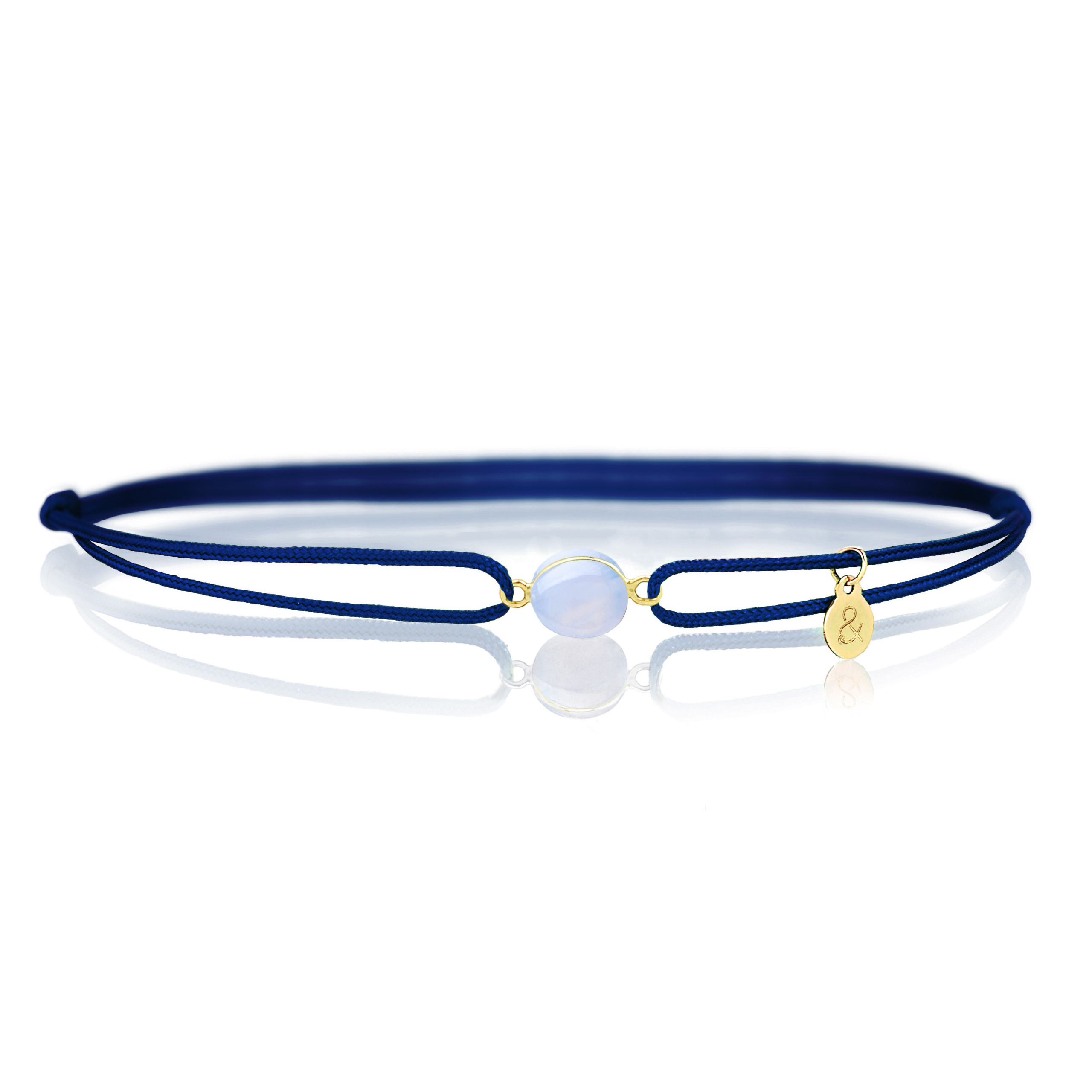 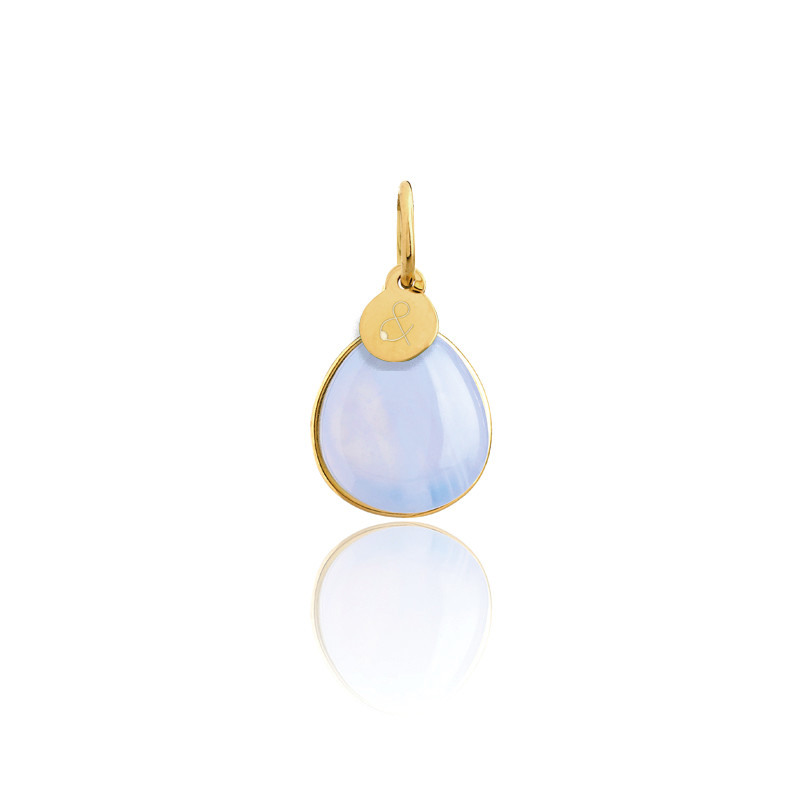